Recently, Roy Kim published a blog post explaining some database patterns with Azure Kubernetes Server and SQL Database (great read BTW).  I really liked the diagrams he made so I asked him what software was he using to create them.  To my surprise, he said he's simply using PowerPoint.  Here's a sample taken from his blog post: 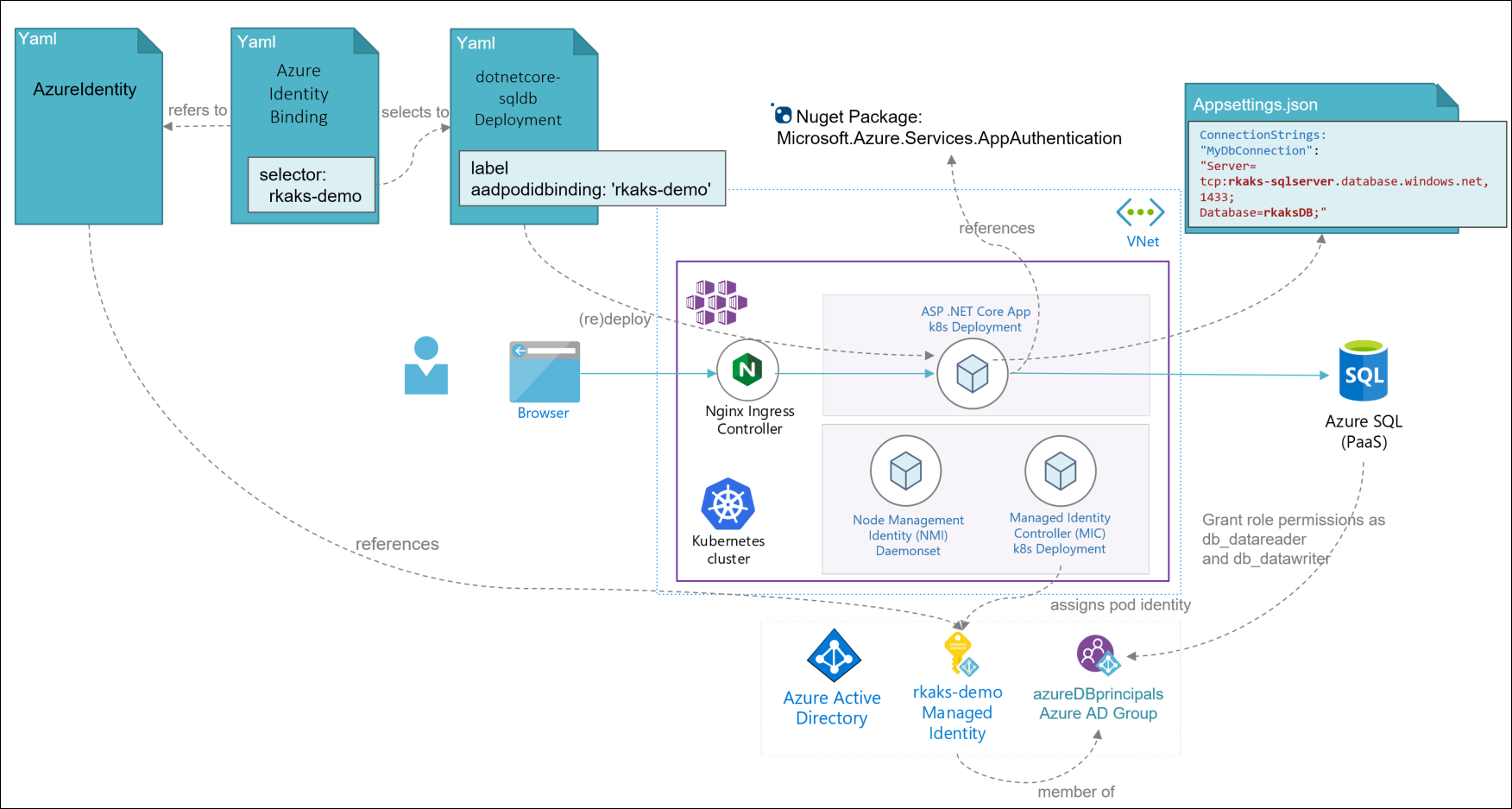 Nice and clear isn't it?  I then search the Intertubes for diagram creation software and I found CloudSkew.  What cool about CloudSkew is that it's Web based and has AWS, Azure, GCP and Kubernetes icons built-in.  Here's a sample found on their site:

To try it, I decided to mock Roy's diagram to see how simple it would be and in a matter of minutes, I came up with this:

I did not try to reproduce all of it but the result is pretty close and I'm very happy with the result although I found two annoyances.  The first one is the font; there's no way to change it.  The second one is the export as a picture feature; the entire canvas is exported so you need to crop it to get rid of extra white space.

Currently, CloudSkew is free and the site states that it will remain free for single users.  I just wish their pricing roadmap would be clearer.

EDIT: On LinkedIn, François Pelletier suggested another app, this one fully open source: https://www.diagrams.net/
I also kicked the tires on that one and wrote my impressions in a second post.